The Facts About FIV 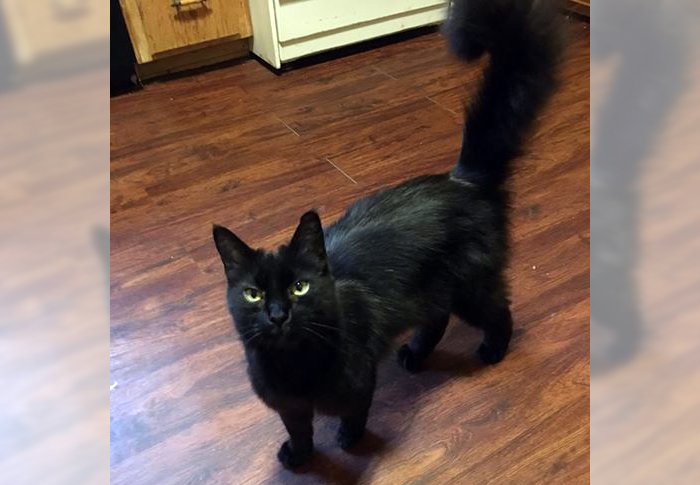 FIV-positive cats can live long and healthy lives. This little FIVer is being fostered by the woman who wrote to us this week. Isn’t he cute? Photo by Amanda N, used by permission.

I’ve been fostering an FIV-positive kitty, and I’ve learned so many things about the disease. It’s definitely not a death sentence! I’d love to see you write a post on the facts about FIV sometime.

Thomas: Well, Amanda, your wish is our command! We know there are a lot of misconceptions out there about the feline immunodeficiency virus, or FIV for short.

Bella: A lot of cats found to be FIV-positive die in open-admission shelters because they’re considered unadoptable. But FIV-positive cats can be wonderful companions and have quite long lives when they’re well taken care of.

Tara: Because we want to do our part in FIV mythbusting, allow us to present to you the facts about FIV!

Bella: According to the Cornell Feline Health Center, about 1.5 to 3 percent of healthy cats in the United States are FIV-positive. Considering that there are anywhere between 86 million and 96 million (depending on who you talk to) cats living in American households, that’s a lot of FIV-positive cats! And these statistics don’t even count stray and feral cats!

Tara: Basically, the feline immunodeficiency virus does just what it says on the box: it attacks a cat’s immune system, lowering their resistance to disease.

Thomas: The virus is spread by deep bite wounds, of the type cats only get when they are in fights. This is one reason why FIV-positive cats tend to be males; intact male cats who fight over intact females in heat are the most likely to be infected with FIV.

Bella: On rare occasions, FIV-positive mother cats can pass viral antibodies on to their kittens through the kittens’ passage through the birth canal or through their milk.

Tara: But fear not! There’s a 99.9 percent chance that the kittens are not actually FIV-positive themselves. The kittens may test positive for several months after birth, but may not be infected at all. That’s why the Cornell Feline Health Center recommends that kittens younger than 6 months old who test positive for FIV should be re-tested at 60-day intervals until they are at least six months old.

Thomas: Another thing you should know is that you might be making your cat FIV-positive in the name of doing what you think is right.

Bella: It’s true! There’s a vaccine for FIV, but that vaccine makes the body produce FIV antibodies that are hard to distinguish from antibodies caused by an infection with the disease. So in order to ensure FIV test results are accurate, it’s best if the cat’s entire vaccination history is known.

Tara: But one of the important facts about FIV is that there are places where that just can’t be done, like in animal shelters. People who surrender their cats to shelters don’t often bring the cat’s medical history along with them, and, of course, stray cats on the streets don’t come with medical history, either. And shelters certainly don’t have the resources to spring for the more expensive and potentially more accurate test.

Thomas: That’s one reason why the American Association of Feline Practitioners, in its vaccine guidelines, states that the FIV vaccine is not a “core” vaccine like, say, rabies or feline respiratory virus vaccines. They say the vaccine could be used in high-exposure-risk situations like outdoor cats, but one expert said they didn’t think the vaccine should be used at all until there’s evidence of efficacy.

Bella: That is, this expert things it would be a good idea to see if the vaccine works before actually recommending that your cat get it.

Tara: The FIV test can, on veerrrrrry rare occasions, produce false negatives. When this does happen, it’s usually because the cat is at the end stages of his disease. Thus, his immune system is so weak that it can’t mount a response to the virus; therefore, the FIV test would register negative. But by the time a cat is that sick, it’s very clear what’s going on.

Thomas: Because FIV-positive cats’ immune systems are weaker than their FIV-negative kin, they can be more prone to develop upper respiratory infections. They are also more likely to suffer from dental disease, so any FIV-positive cat should have regular dental exams and cleanings for their whole life.

Bella: FIV-positive cats are known to be more prone to develop stomatitis, an extremely painful inflammation of the mouth. Cats with stomatitis are often in so much pain they can barely eat, so please, please, PLEASE, if you have a cat with stomatitis, get them treatment as soon as you can.

Tara:  The Cornell Feline Health Center says FIV-positive cats should have vet exams every six months and blood work every year. This will help you and your vet keep track of your FIVer’s health and catch any problems early, where they’re much more likely to be treatable.

Thomas: One of the things we see a lot is that shelters that adopt out FIV-positive cats will say that the cat needs to be either an only cat or only live with other FIV-positive cats. But that’s totally not true!

Bella: That’s right–the Cornell Feline Health Center says right on its web page about FIV that “Casual, non-aggressive contact does not appear to be an efficient route of spreading the virus. As a result, cats in households with stable social structures where housemates do not fight are at little risk of acquiring FIV infections.”

Tara: So please, shelters, stop telling people they can’t adopt FIV-positive cats into FIV-negative households. As long as introductions are done properly, there won’t be the kind of fighting that would lead to the transmission of FIV.

Thomas: So, in brief, the facts about FIV show that there’s no reason not to adopt an FIV-positive cat! As long as you’re willing and able (financially and otherwise) to take on a little extra vet care, an FIV-positive cat can live a happy, healthy life.

Bella: And if you want to prevent your cat from getting FIV, there are two important things you can do. First, have your cat spayed or neutered. The lack of sex hormones will lead to a calmer cat who will be much less likely to get in fights.

Tara: Second, keep your cat indoors. Or if you do want to let your cat feel the grass under his paws, consider buying or building a catio so your cat can be safe from an encounter with an FIV-positive cat who’s spoiling for a fight.

Thomas: So, have any of you lived with FIV-positive cats? How long did your FIVer live, and how was his health? Please share your FIV cat stories in the comments.