Ten Years — and It Only Gets Better From Here

This year marks a momentous milestone for Paws and Effect. I’m amazed and gratified that I’ve been able to share cat advice and entertainment for 10 years. I never would have imagined when I began writing this column in 2003 that it would be going strong and growing faster than ever, a decade later. I’m justifiably proud of this, and I’m humbled that so many of you come to visit each week and share our posts for your friends to see.

Thomas is always ready to “help” me write.

Ten years is a big deal. I’ve been writing Paws and Effect longer than I’ve held any paying job — and actually, enjoyed writing it a damn sight more than most paying jobs I’ve had. This site has outlasted relationships, and even the lives of a couple of its feline contributors.

But here’s something most of you don’t know: Paws and Effect exists because I lost my job.

In 2003, the post-9/11 economic crash caught up with my employer, a web design and educational courseware development company. As a designer and editor, my skills were not as “mission-critical” as those of the hardcore programmers, and I was one of two people (in an 8-person outfit) who got laid off. 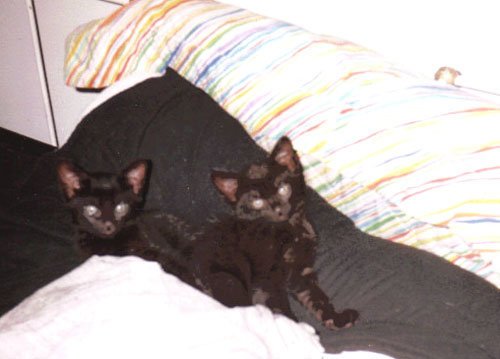 Sinéad and Siouxsie, the original Paws and Effect Gang, as kittens

Looking for a job after getting laid off is stressful even in the best of times, but when there are no jobs at all but you have to keep on applying for work in order to collect unemployment, it can really wear on your soul. I needed something to do in order to keep me from sinking into abject despair.

I’d been a hardcore cat lover for years. I bought every cat-related book I could get my hands on, and I learned tons of stuff about behavior and health issues by reading the work of some major luminaries in the field. I had befriended a veterinary homeopath, and we spent many afternoons talking about cats and holistic care. I applied what I’d learned to my own cats and found myself helping a lot of other people understand their cats better. 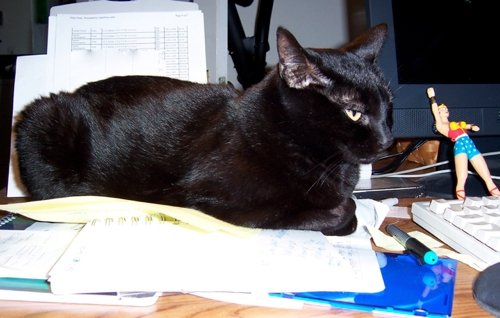 While I was staring at my monitor, thinking about what I wanted to do with myself, my cat Sinéad hopped onto my desk. Our eyes met, and I had that classic “a-ha!” moment.

I started out really small. I was on LiveJournal a lot those days, and I asked my friends if they’d be interested in helping me out with a cat advice column. I asked them to write me with questions they had about their own cats, and I formed a LiveJournal account for Paws and Effect. That was the venue where I answered the first letters.

Then I approached a local news website and asked if they’d be interested in running Paws and Effect columns in their community contributors column. The editor said yes, and I began sending columns to them every two weeks. 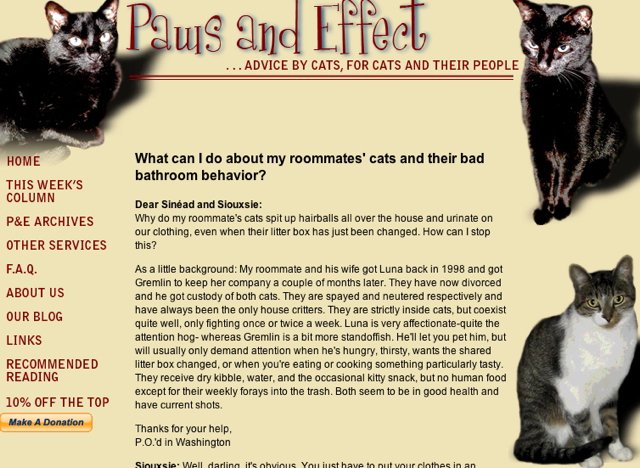 This is what Paws and Effect looked like in early 2004. Sinéad is the cat at the top left, Siouxsie is at the top right, and Thomas is on the bottom right.

Six months later, the day after I got my last unemployment check and the day before I started my new job, I decided I wanted to create a website. I had the skills (and the software) because of my former job, and when I could afford to buy a domain name and hosting, that’s what I did.

The first iteration of Paws and Effect was a humble HTML site. The design changed a couple of times over the years, but it remained an HTML site until I became so overwhelmed with the sheer number of pages that I knew there had to be a better way. In 2006, I discovered WordPress and kludged my way through a very complex manual installation, thanking whatever angels were guiding me that I had enough tech skills on board to figure out how to do it on my own. 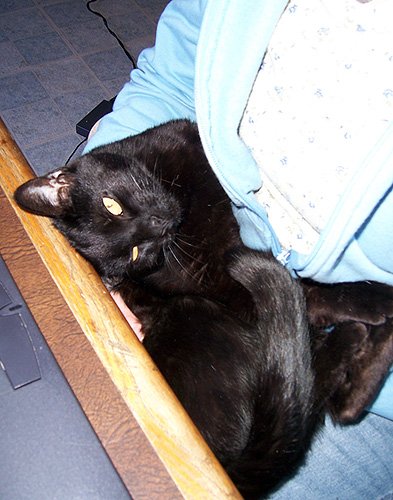 Sinéad “helps” me convert Paws and Effect into a WordPress site.

This launched a whole new chapter for Paws and Effect. Sites with dynamic content have much better search engine rankings, and I soon noticed Paws and Effect was climbing from the third or fourth page in a Google search to the second, and then to the first. Right now, the site is #6 if you search for the term cat advice. (It was #3 for a long time, but I got punked by the Bad Advice Cat meme, which now holds positions 3, 4 and 5.) 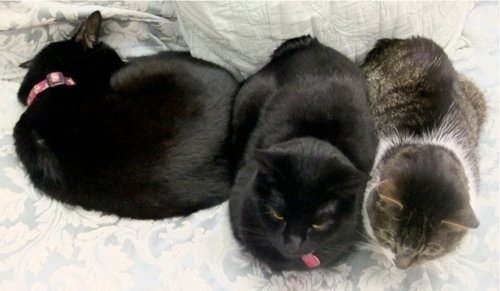 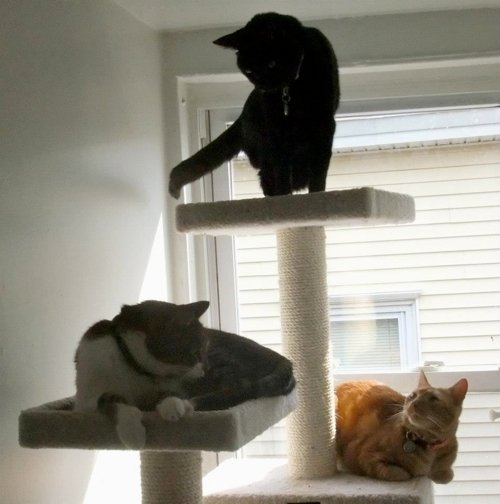 Siouxsie, Thomas and Kissy on the cat tree, summer 2012.

First, a big redesign of the site, as well as our e-mail newsletter and our Facebook and Twitter presence.

Secondly, we’re celebrating by giving stuff away! We’re going to have at least one giveaway per month throughout 2013. You should follow us on Facebook, Twitter or via our e-mail newsletter to find out what’s going on and when.

Thirdly, I’m going to be translating some Paws and Effect favorites, including the Dahlia Tells All memoir series and the Paws and Effect guides I currently sell as paper copies, into eBooks, which will be available on Kindle and other e-reader platforms. 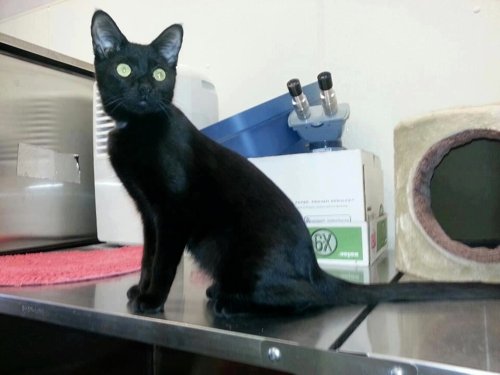 Who’s this? You’re going to have to keep reading Paws and Effect to find out!

I’m sure there will be more big news as the year goes on. I’d love to have your support, and I’d love it if you can help me make connections that will enable me to live my dream of being able to do this work full-time. Things can only get better, and I hope you’ll stick with the Paws and Effect Gang and me as we move into a year of big changes and big celebrations.