Take the #PawNatural Challenge: Go Green for Your Cat

Having been raised by hippies, I emerged from my childhood with a pretty high degree of environmental consciousness. My family was reusing and recycling long before it was cool. Whether it was using newspapers and cardboard to help start a fire in the woodstove, washing out glass jars and using them for bulk food purchases at the local food co-op, or using food waste to create compost that would feed our garden the next year, there was no shortage of exposure to the benefits of walking lightly on the earth. 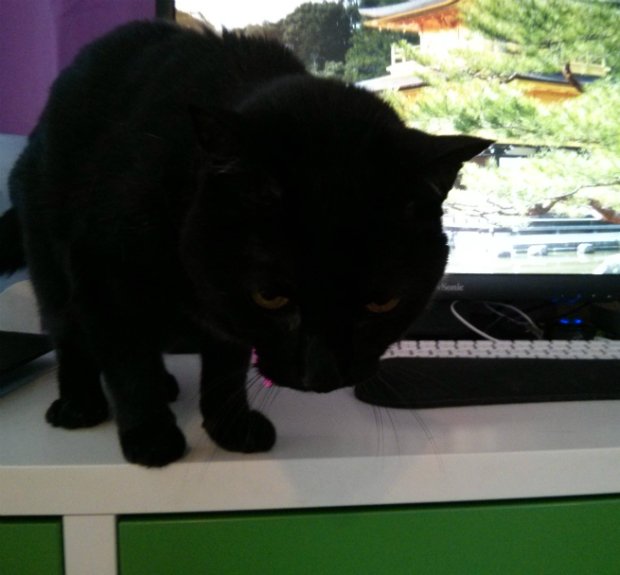 Siouxsie approves of a greener life.

The strange thing is that despite all this eco-consciousness, I didn’t think much about going green for my cats until about 12 years ago. A couple of the cat books I’d read had mentioned the potential health risks of clay cat litters, so I decided to try a variety of plant-based cat litters. These were pretty new on the market back then, and it took me a while to find a natural cat litter that was both environmentally friendly and effective with odor control and clumping.

That was the first step in my journey of going green for my cats, and it took me quite a while before I took the next step.

In 2007, Nutro Pet Products had a massive recall of its pouched cat foods. Thousands of cats became sick and died because some of these products were tainted with melamine. At the time, I was feeding my cats Nutro Natural pouched cat food. When I heard about the recall, I immediately checked my stock — I had several pouches of food that were in the recalled lots.

That recall did more to shake my faith in the pet food industry than all the raw-diet-advocacy books I’d read up until that point. I started checking into a variety of smaller brands made by companies that enjoyed a good reputation in the cat community, and I spent several years feeding my cats high-end kibble with occasional canned food treats. But while this was going on, Thomas began having severe chronic intestinal problems that sometimes left him crying in pain. 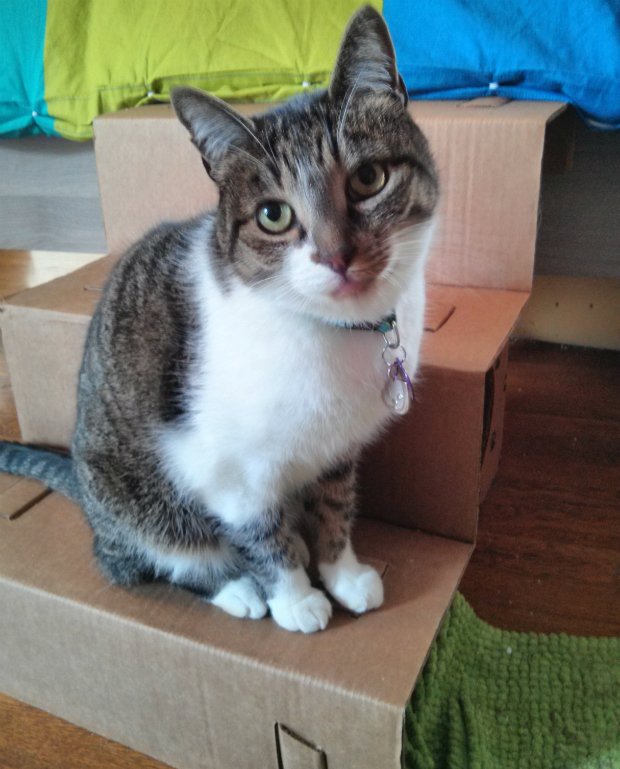 Poor Thomas really suffered before I finally took the plunge and began feeding him a natural raw-food diet.

No matter what I tried — eliminating grains, feeding canned food only, using novel proteins and limited ingredient diets — nothing helped. Until I tried raw food, that is. The difference really was night and day: one night, he ate raw food; the next morning he had the first normal, formed stool he’d had in ages. There were logistical problems with getting raw food in rural Maine, though: few pet stores carried it and it cost more to ship the food than it did for the food itself!

But now, natural cat foods including raw foods are available all over the place. Commercially prepared raw foods come in a variety of forms — frozen raw, freeze dried, dehydrated raw, and even fresh raw. It’s easier than ever to feed your cat a species-appropriate diet.

Here are some other ways I go green for my cats. I use cardboard scratchers and stairs: once they’re worn out, I can just pitch them into the recycling dumpster behind my building and they’ll be reborn as some other awesome cardboard thing. I also use environmentally friendly and scent-free cleaning products to protect my cats’ (and my) sensitive noses. I put high-nap throw rugs under my litter boxes because they’re easy to wash and therefore I’ll get years of use out of them.

What have you done to go green for your cats? Are you willing to take Only Natural Pet‘s #PawNatural challenge and try just one or two changes to your cat-loving lifestyle to make it more environmentally friendly? You don’t have to go live in a yurt off the grid in an abandoned valley: just one small step at a time will make a big difference! Leave a comment about what you’ve done or to share your commitment to take that first small step to make your kitty’s life greener.

Disclaimer: This post is sponsored by Only Natural Pet on behalf of the BlogPaws Blogger Network. I am being compensated for helping spread the word about Only Natural Pet, but Paws and Effect only shares information we feel is relevant to our readers. Only Natural Pet is not responsible for the content of this article.