So Much Good News for My Sugar Kitty Friends! 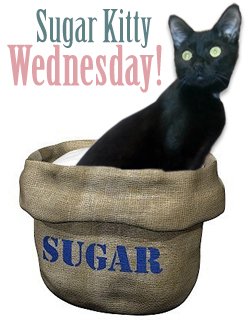 I bet you all were wondering why I didn’t have a Sugar Kitty Wednesday post for you last week. At first I did too — I thought maybe Mama was just being lazy, and I was going to get mad at her. But then she told me what really happened, and it’s better than you could ever even imagine!

But before I get to that, let me share some great news from my super-sweet friends at HART of Maine. First, as I told you a couple of weeks ago, my friend Claire has gone to her forever home. And now a couple of the kitties I featured are “off the juice,” as the humans in sugar-kitty-land call it when a diabetic kitty no longer needs insulin shots.

I have to confess my eyes leaked with joy when I heard that Angus, my miracle-cat friend, has been on an insulin-free trial for a while now, and his blood sugar has been staying well within the normal range. And then, on top of that, Mama told me that my pal Linus is diet-controlled now, too. (Good thing, because Linus did not like getting insulin shots!)

But the biggest, best news of all is that the kitty I was going to feature last week has found his forever home, and that’s why I didn’t have a Sugar Kitty Wednesday post. Pacific is a very sweet tabby guy who was so very scared that he used to run away and then swat at people who gave him his shots. But Pacific had an even bigger problem than just being diabetic — he’s FIV-positive, too. We all wondered if Pacific would be able to find at home at all since he has two conditions that freak people out! But one of the people who volunteers at HART fell in love with him and has offered to adopt him. *sniffle* 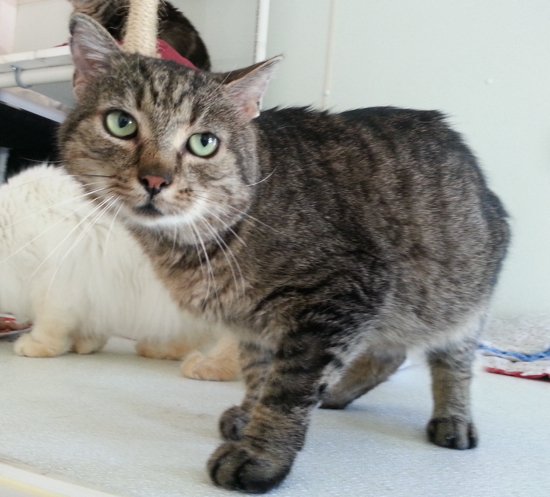 Pacific has had a bit of a setback — he’s developed an upper respiratory infection — but the HART people are giving him what they call aggressive treatment (anti-viral medicines and stuff), which is what they have to do when a cat with a weak immune system gets a cold. As soon as he’s recovered from his cold, he’s going to have his very own forever home.

Don’t worry, though; I’ll be back with more sugar kitties looking for homes next week. There are plenty of diabetic cats who would love to have a lap to call their own, and I’m going to do everything I can to make that happen!