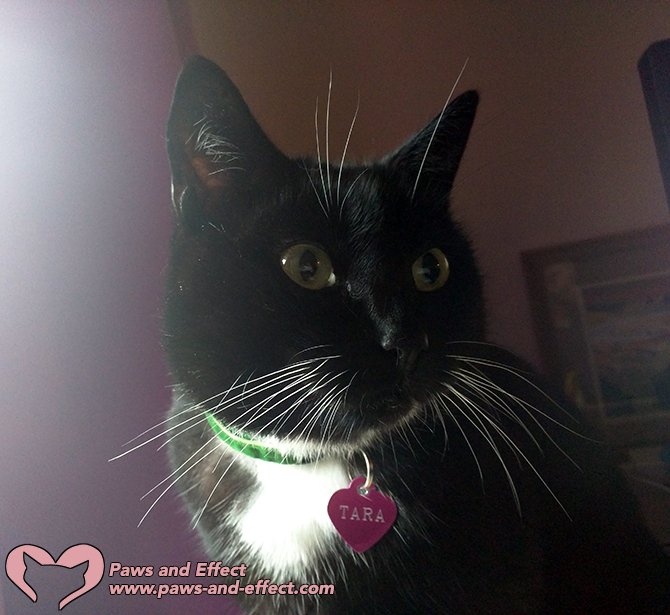 Tara may well have been a victim of domestic violence. It’s possible that’s how she found herself on the streets.

Imagine this: You’re in a relationship. At first it seemed like everything was wonderful. Your partner showered you with love and was always making little romantic gestures. But as time went on, things took a sinister turn. First, they began to use words against you. They teased you, called you names, then laughed because you “couldn’t take a joke.” Then things started getting physical: they started with slaps and moved on to fists. Worse yet, they started threatening to harm your cat. Even if you could work up the nerve to leave, you couldn’t leave without your cat. You knew your partner would hurt or even kill your cat in an act of revenge. But you couldn’t find a shelter that would take both you and your cat.

For far too many people, this isn’t an exercise in imagination. It’s entirely too real.

This post is sponsored by Purina. I am being compensated to help share information about Purina’s partnership with the Urban Resource Institute to help domestic violence victims, but Paws and Effect only shares information we feel is relevant to our readers. Purina is not responsible for the content of this article.

The scenario above isn’t an exercise of imagination for me, either. My own family has been touched by domestic violence, and good friends have suffered, too. One woman found herself isolated, in a foreign country, and victimized by an abusive husband. He even seriously hurt a kitten she had adopted. She knew she was being abused, but she knew he’d harm or kill her animals if she left without them. She wouldn’t leave until she knew her pets would be safe. I’ve even gotten emails from people in abusive relationships and done my best to help them. 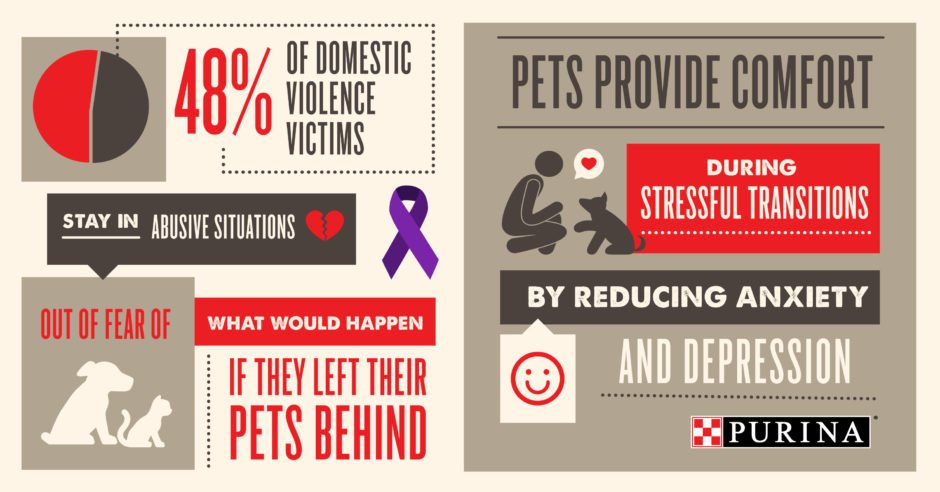 As of September 2017, URIPALS has assisted 74 families and 106 pets to escape domestic violence.

Although URIPALS is based in New York City and has a limited geographical reach, they and Purina hope to pave the way for their initiative to go nationwide.

“The reality is that it would be wonderful to see more programs like PALS,” said URIPALS Coordinator Ann Michitsch. “That is why our agency is committed to really having a PALS program in all of our shelters, and eventually create a manual, and educate other domestic violence agencies so that they can also replicate a program like this, because the need is so great.” 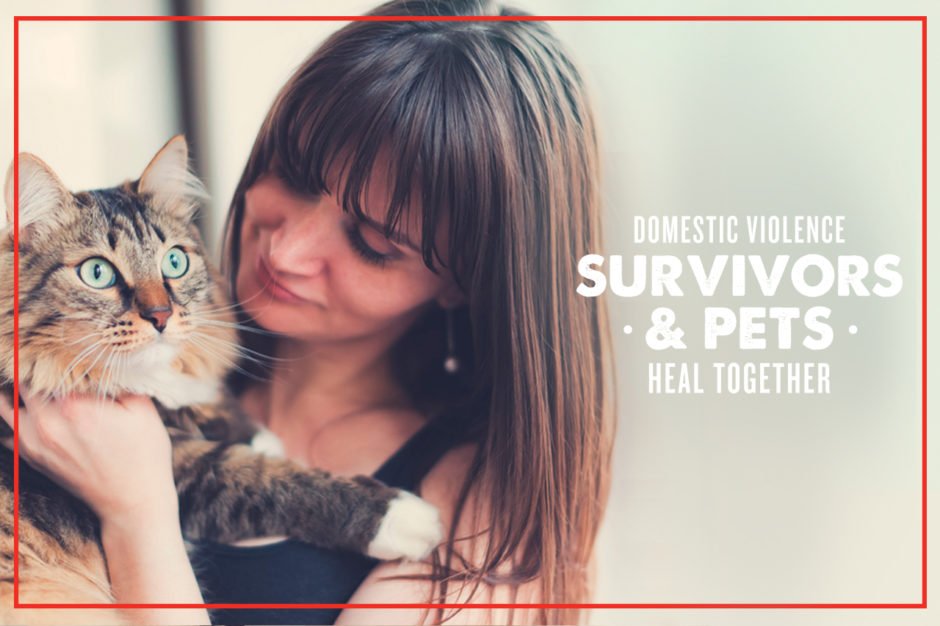 Creating pet-friendly domestic violence shelters eliminates a major barrier to fleeing violence, and also kept families from being broken during an already traumatic time. “Our goal at the Urban Resource Institute is to provide survivors–including pets–with the resources and services they need to rebuild stable, secure lives,” said Nathanial Fields, President of URI.

I’m grateful to report that the friend I mentioned above was able to find safe homes for her pets. She was able to flee her abusive husband, and she took comfort in the fact that he couldn’t harm the animals she’d come to love.

I’m glad to be sharing the news about URIPALS and Purina’s contribution to the program. If you’re interested in learning more about URIPALS, please visit Purina’s website.

Remember that domestic violence happens at all income levels, races, and religions. It also happens in same-sex relationships and can happen to men in relationships with women as well. Nobody is immune to it, so please don’t feel ashamed if you’re in a violent relationship.

If you or someone you know is a victim of domestic violence, please call the National Domestic Violence Hotline. They’re available 24 hours a day, seven days a week, 365 days a year, for support, resources, and advice for your safety: 1-800-799-SAFE (7233). Bilingual advocates are on hand, too.