How Do I Deal With An Aggressive Cat? 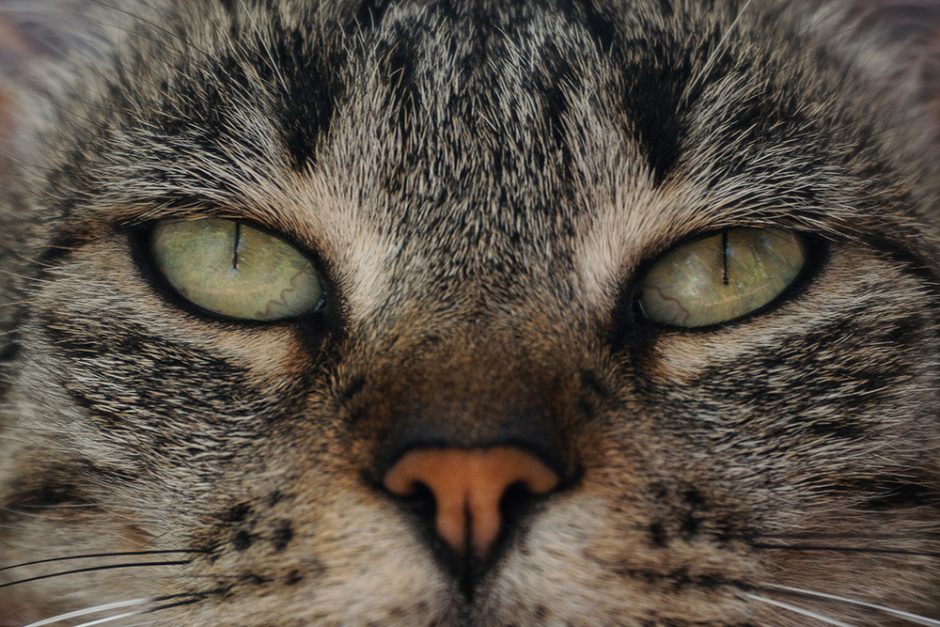 We’ve got some tips for you on how to deal with an aggressive cat. Photo by Marco Biondi on Unsplash

My male cat Diggle is 3 years old (we think). We adopted him from a shelter when he was supposedly 4 months old, but not 100% sure because he was with 100+ other cats from a cruelty case. We had another cast at that time that was a month younger, and we got Diggle as a friend. Diggle became aggressive about a year after we got him, mainly with Oliver…playing too roughly, sometimes would attack the kids or my husband when they would walk by him. So, now the kids are terrified of him and my husband is getting to where he really hates him. We had to put Oliver to sleep in July, then we moved in August, and now he is very aggressive towards me mainly. Before, he was never aggressive towards me, only time he ever bit me was when we were playing and when I would say stop he would. He is really tearing me up now though. If I leave to go somewhere and come back he’s upset and wants attention which is understandable but if I have my hands full and have to put groceries or something down he will attack me. One time he dug into my leg with his teeth and claws. Just now, he got me twice with his claws deep in my leg, we were getting ready for bed.  He attacked and then walked away like it was nothing,  went to eat and drink.  I love this cat and he has saved me, since getting him I have come out of a very deep depression. I’m scared because he is escalating and afraid that my husband will decide we have to get rid of him. Please help, what do I do??

Thomas: Aggression is one of the most heartbreaking forms of kitty behavior there is. You adopt a cat, treat him with love and kindness–and then something happens and he’s attacking everybody, seemingly for no reason. And Mama certainly understands how cats can be life savers when you’re going through depression or other mental health crises–she says we’ve saved her life more than once!

Bella: But this is a behavior that can be corrected, and we’ve got some tips for you on how to deal with an aggressive cat.

Tara: The first thing you need to know is that cats are never aggressive because they dislike the people or animals they attack. Aggression is a response to stress. Either the cat feels threatened or they’re bored and need something to entertain them.

Thomas: There are several kinds of aggression cats can manifest. The most common of these is play aggression: a cat starts playing with a toy or another cat, or a person, and they just get so wound up that the teeth and claws come out!

Bella: The best way to resolve play aggression is to use a “thing on a string” toy to help Diggie enjoy his “hunting” with an appropriate target. Our favorites are Da Bird and Neko Flies, but you can find lots of toys like this at your local pet store or online. Experiment with different types of string toys, too: some cats like noisy toys, some cats like feather-light toys, and so on.

Thomas: Fearful or defensive aggression is something you might see at the veterinarian’s office. Cats that are generally calm can become very scared and aggressive when they go to the vet. Feeling cornered, they may hiss, bite, or attempt to scratch. But don’t worry; veterinary clinic staff are well trained in safe restraint of fearfully aggressive cats. Fear aggression might also occur in a home if, say, a person accidentally kicked a cat as they walked in the door; after that incident, a cat may become fearfully aggressive any time they see a foot coming toward them.

Bella: But the most frightening form of aggression is redirected aggression. This happens when a cat can’t respond to something in his environment that stresses him, and he displaces that aggression on the nearest cat (or human). As an example, let’s say a cat is sitting on the window sill and he sees a neighborhood cat. The cat also sees him. They hiss at each other, and then the neighborhood cat does something like spray on a nearby bush. At that point the indoor cat is all wound up, but they can’t get outside and chase the intruder away. The first cat or human that comes across them while they’re in this emotionally escalated state often becomes the target of the aggression.

Tara: Another reason why cats can be aggressive–particularly if the cat is hiding under furniture and hunting people’s feet and ankles–is that they don’t have enough places where they feel they can be safe from what’s going on around them.

Thomas: Because cats need both horizontal and vertical space, adding cat towers and shelves, window beds, and other such things can help you deal with an aggressive cat by giving that cat some safe places from which to observe the goings-on in your home.

Bella: So we’d definitely suggest some cat trees and that you make sure cats have a “highway” that allows them to move around the space without running into dead ends where they could be trapped. Celebrity cat behaviorist Jackson Galaxy has some great tips on how you can “catify” your home and make it as comfortable for Diggie as possible.

Thomas: So, how to deal with an aggressive cat? Give him extra play sessions to get him tired out and allow him to use his hunting instincts. Create vertical space for the cat to observe his territory without having to be near people’s feet.

Bella: Whatever you do, don’t punish Diggie for his behavior. That will only make him more fearful and cause increased aggression. Instead of punishing, we recommend the “Ow, and Down” method of dealing with aggressive kitties.

Tara: With “Ow, and Down,” what you do is when Diggie attacks you, you say “Ow!” in a high-pitched voice (this is kind of like what a kitten would do if his littermate were overly aggressive to him), and gently put him down on the floor. Then ignore him until he approaches you in a friendly way. Basically, you’re trying to reinforce good behavior while ignoring the bad behavior.

Thomas: There are a couple of other things we’d recommend. First, we suggest a trip to the veterinarian. Whenever a cat is aggressive, you want to rule out problems like pain or illness. Your vet may also be able to prescribe you some medication to help manage Diggie’s aggression. This could be short course of a tranquilizer like alprazolam, or an SSRI like Prozac.

Bella: We’d also recommend that you get a consultation with a certified professional cat behaviorist, if at all possible. That individual will be able to see what’s going on in your home, as far as catification and territory issues, and then be able to design a program that will reduce Diggie’s aggressive behavior.

Tara: There are many other online resources with information on how to deal with an aggressive cat, too. Our favorite resource is cat behaviorist Pam Johnson-Bennett, a best-selling author of book all about cat behavior. We strongly recommend the books Think Like a Cat and Starting from Scratch for your situation. You can find these books online at “The Evil A” and other online retailers, or at your local independent bookstore.

Thomas: And here are some relevant links from Pam’s website:

Bella: The most important thing to remember when it comes to how to deal with an aggressive cat is that the aggression is never a personal attack. It’s a stress response. And once you deal with the stress your cat is experiencing, the aggression should decrease.

Tara: What about you other readers? Have you had good luck dealing with an aggressive cat–especially one that attacks people? What did you do to defuse the situation? Were you able to make changes that decreased your cat’s aggression? Please tell us about it in the comments!