How Can I Keep My Cats From Mating Until They’re Fixed? 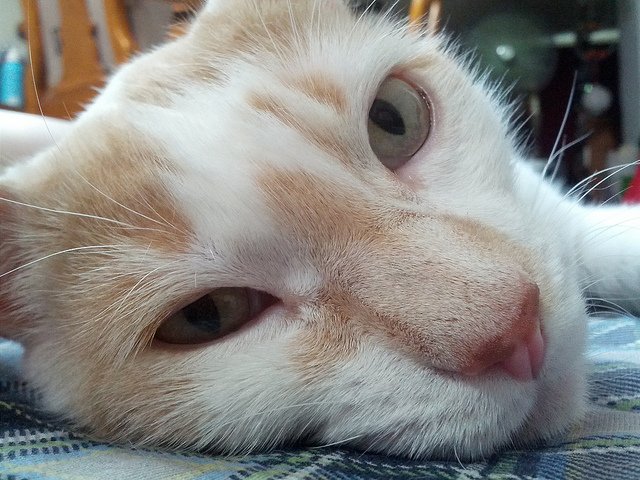 My sister’s boyfriend was moving and asked my boyfriend and me to foster his cats until he found an apartment. We agreed, but a couple of weeks before they came to us, the female ran away. We took the male and have had him for two weeks now. Last night, my sister’s boyfriend received a pet miracle and found his missing girl! We agreed to take her in as well. Neither cat is fixed. They are around eight months old. First, how possible is it that she is not pregnant or is not sexually mature? Second, how can I keep him away from her until their vet appointment to get fixed? The vet didn’t have anything for three weeks! He keeps very aggressively trying to have sex with her. She tries to resist, but he is very forceful. We have been able to be around them 24/7 since she came to us, but obviously we will not be able to keep that up long term. Neither are outside cats. In fact, we don’t allow either of them outside at all.

Thomas: Well, Tay, what you’re witnessing is exactly what comes naturally when two intact cats of opposite sexes are together.

Tara: But the typical age of sexual maturity is around six months.

Thomas: Hi there, Tara! Thanks for speaking up. Did you ever have kittens?

Tara: No, I got spayed before I could, thank goodness! I even have a little S tattooed on my tummy to prove I’m spayed!

Bella: If your boy cat is trying to mate with your female kitty, the odds are very good that she’s in heat and not pregnant. She could, however, be in the very early stages of pregnancy because a female cat will mate several times while she’s in heat.

Thomas: The act of mating looks very aggressive, and a lot of times the female will resist the male’s advances — it’s just part of the dance. If the boy cat can get the girl after all her resistance, it proves that he’s strong and viable and will help create healthy kittens.

Bella: Here’s a video of two cats mating. You might be able to see some familiar behaviors here.

(Can’t see the video? You can watch it here.)

Thomas: Some people try putting stud pants or diapers on intact cats to keep them from being able to mate, but I don’t know too many cats who would enjoy that.

Bella: Also, you’d have to use a urine pad or take the diaper off so she could go to the litter box, or things could get pretty gross!

Tara: Your vet could induce ovulation in your female cat by simulating mating with a tool or swab, which would bring her out of heat for a little while, but she would go back into heat again within a week or so once her body figures out she isn’t pregnant after all.

Thomas: Unfortunately, if you don’t want them mating, you’re going to have to keep them separated — as in, have one locked in one room and the other locked in another — until the surgery date.

Bella: Honestly, you may not be able to keep the two cats from each other for three weeks until the spay and neuter appointments. But don’t worry; your vet will still be able to spay the female even if she is pregnant.

Tara: It’s a bit more risky to spay a pregnant cat because the blood supply to a pregnant uterus is much greater than it is to a non-pregnant one, but it can be done.

Thomas: In the long run, everything will be okay and you’ll be able to get your kitties fixed with few if any complications.

Tara: Just in case you’re curious, since the word “spay” seems really weird to describe the removal of a cat’s ovaries and uterus, its origin comes from the late Middle English spayen, which is derived from the Anglo-French espeïer — to cut with a sword — which comes from the Old French verb espeer, which is a derivative of the word espee, or sword.

Bella: Wow, you’re really smart, Tara! Where did you learn all that?

Bella: Did you know Mama loves words, too?

Tara: Of course I did! That’s why I chose her! That, and she knows how to pet cats in all the right places for maximum pleasure.

Bella: Yes, she was taught very well, wasn’t she?

Thomas: Anyway, Tay, we hope this helps a little bit. Meanwhile, thank you so much for being responsible and having these kitties spayed and neutered. There are so many unwanted cats and kittens in the world that everything we can do to make sure that doesn’t keep happening is a very good thing indeed.

Bella: What about you other readers? Have you had to try and keep intact cats from mating? What have you done? Was it successful? Please share your tips in the comments.