Should I Get My Cat A Feline Friend? 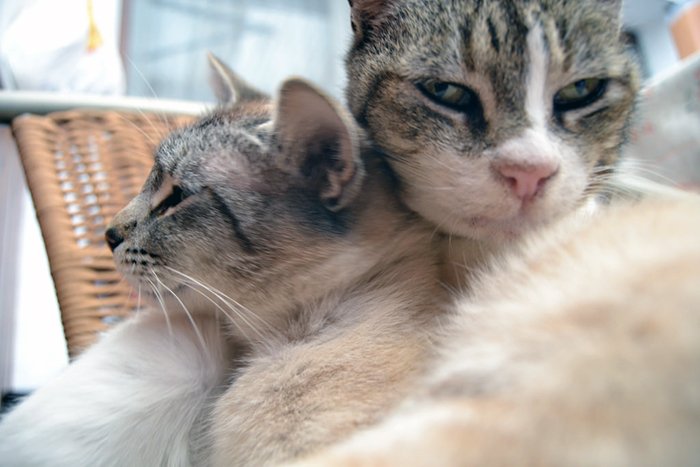 Getting a feline friend for an undersocialized cat can be helpful. Photo CC-BY-ND Cristiana Hernandez Galiana

I recently adopted a kitten. His name is Franklin. I believe he was 3 weeks old when I got him, though they said he was 6 weeks old. He was very small and underweight, and it seems like he was pulled away from his mother too soon. He also wasn’t socialized; he doesn’t know how to react when he’s being petted or held, so he reacts by being aggressive. He will only accept small strokes on his cheek when he is sleeping–so, I have a few questions. Will getting him fixed solve some of his aggression issues? I’ve gotten him hunting toys and lasers and played with him and socialized him with adults and children. He is comfortable being around people but he doesn’t know how to react to touching. I was wondering if we got another kitten, if it would help him get his energy out by playing, and help with his aggression. Also if we got a kitten he liked, would he be more socialized. Would it be better to get a kitten or a full-grown cat to teach him?

Thomas: Well, let’s answer the easy question first: Neutering should help decrease Franklin’s aggression, but it might take a few weeks. You see, it takes some time for all that testosterone to get out of his system once he’s neutered, but once that’s taken care of, he probably will be more docile.

Bella: Now, to your other question: Would it be a good idea to get little Franklin a feline friend?

Tara: Franklin is still pretty young, so we think he would probably take pretty well to another cat, especially after he’s been neutered.

Thomas: And cats can teach other cats about socialization in ways that humans just can’t, especially when it comes to aggression. Cats have very clear communication about when aggressiveness goes beyond simple play to something less appropriate, and they’ll handle it in a very feline way.

Bella: Another thing a feline friend can do is be a role model for living with people. When Franklin sees another cat reacting to people by relaxing and letting them pet him, it could set a good example that would help him to be less aggressive with people, too. 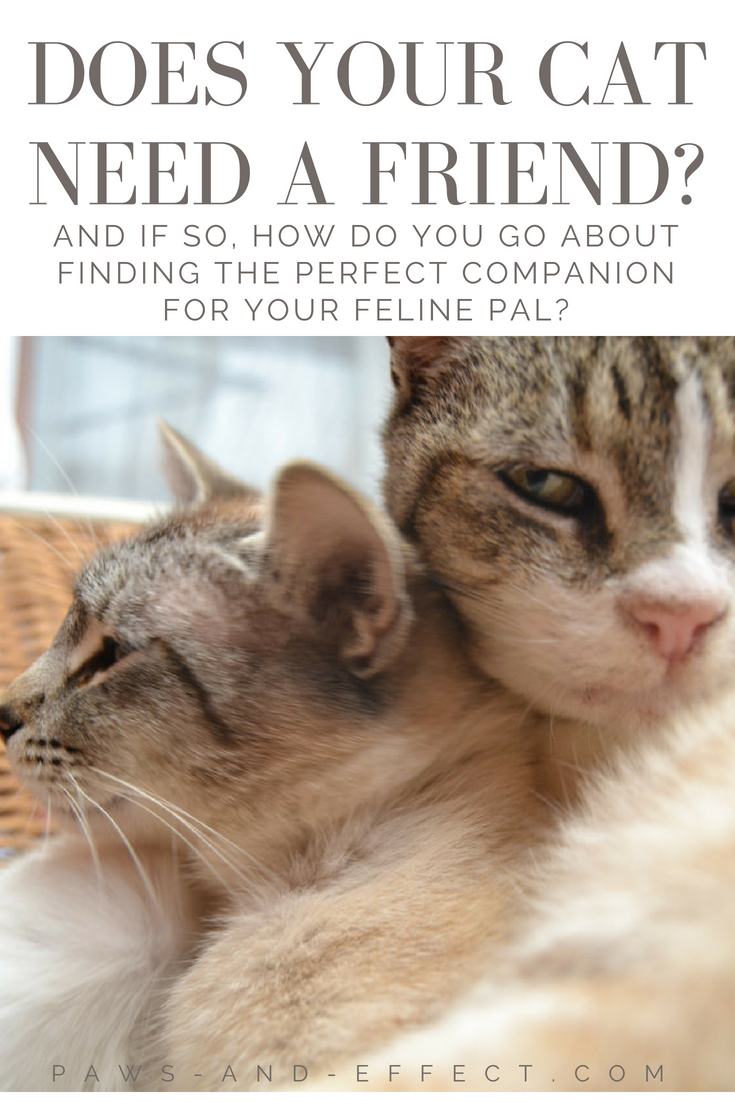 Tara: As for what age or type of cat to get, the most important issue is that they have similar personalities and energy levels.

Thomas: Because you want Franklin to learn some human socialization skills, we’d recommend getting an older kitten or young adult cat.

Bella: But really, a cat can be any age and be a friend to kittens! See, I was just under a year old when I met Thomas, and he was–oh my goodness–12 at the time! But Thomas is really comfortable with other cats, and it was love at first sight for both of us.

Tara: It took me a little longer, though, because I’d been pretty traumatized by spending a lot of time outdoors in the cold, wet, dark November rain… *sniffle*

Thomas: There, there, Tara. It’s okay. You never have to worry about being stuck outdoors ever again! *kiss*

Thomas: Right here! *kiss* Now, let’s get back to  helping Kayla figure out how to help her little Franklin!

Tara: Anyhow, Kayla, we’d recommend that you talk to the adoption staff at your local shelter and find a good personality match for Franklin. Explain that he’s a bit undersocialized because he was taken from his mother too young, and you’re not just looking for another cat–you’re looking for another cat who can help him.

Thomas: Most shelter adoption staff know their cats’ histories and personalities quite well, so they should be able to match you with a kitty who will find a comfortable home with you and provide a feline friend for Franklin.

Bella: The most important thing about bringing another cat home is that you need to make sure the introduction is done properly. We’ve got some tips on introducing your cat to a new friend in this post, so that’s a good place to start.

Tara: Long story short: We do think it could be a good thing for Franklin to have a feline friend. If you find the right personality match, they’ll probably get along well after the initial introduction, and you might find another cat helps Franklin in lots of ways.

Thomas: Speaking of personality match, check out the ASPCA’s Meet Your Match program. You can see nine different, distinct “feline-alities” and find the purrfect match for Franklin–and for you!

Tara: I started out as a secret admirer, but now I’m more of a Personal Assistant.

Bella: Anyway, Kayla, we hope all this helps you and Franklin. Please let us know how it goes if you decide to bring him a feline friend.

Tara: And what about you other readers? Have you had undersocialized cats that benefited from having another cat in the house? Please tell us all about it in the comments!