Could Vaccines Cause Feline Hyperesthesia Syndrome? 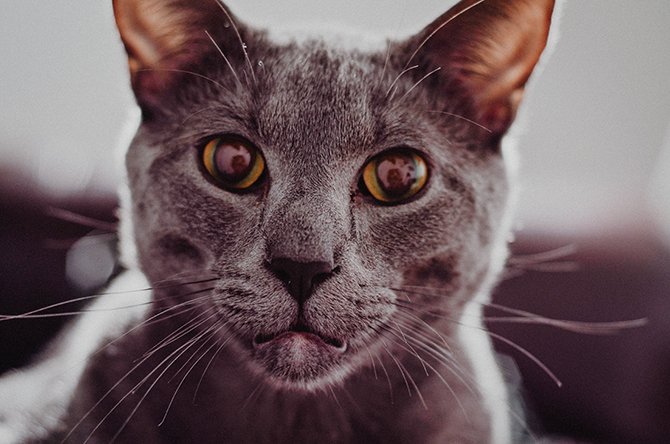 Feline hyperesthesia syndrome is a frustrating disease, and the cause is still unknown. Photo by Photo by Ellise Verheyen on Unsplash

My 5-year-old male cat has been exhibiting signs of feline hyperesthesia syndrome for two years. He was a healthy, hefty boy in March 2016, prior to having his second set of vaccinations. After vaccinating, he changed. He began showing signs of neurological disturbances and behavior changes. He became terrified of his tail–the sight of it sends him into a twitching frenzy. He runs all over the house trying to escape it. The only time he is free of anxiety is when he is hiding under blankets. He was 22 pounds at the vet visit where he had his vaccinations. In 2 months’ time, he dropped to 14 pounds. I brought him to a new vet who tried (in chronological order) expressing his anal glands, a steroid shot,  an anticonvulsant med, and Prozac, none of which cured him or made him better. I have always had a sneaky suspicion that it was the vaccines that caused this. I know humans can detox from vaccines, but can cats? What would you recommend for a detoxing program for my cat?

Thomas: Feline hyperesthesia syndrome is one of the most frustrating problems in cats. First of all, there’s really no way to know exactly what caused the problem, and treatments sometimes work–and sometimes they don’t.

Bella: We know it’s tempting to think vaccines caused the disease, especially since your cat started showing symptoms after he received his second round of vaccinations.

Tara: However, as Mama likes to say, correlation does not equal causation. That is, just because a condition appeared after an event, that doesn’t mean the event caused the condition.

Thomas: We know there’s been a lot said in the alternative press about the dangers of vaccines for humans and for pets. While we agree that overvaccination can be a problem, so do most vets. Therefore, most vets will offer a lifestyle-appropriate vaccine regimen for cats.

Bella: We also believe that vaccines solve a lot more problems than they cause, when they’re administered by a vet who’s giving them based on your cat’s lifestyle.

Tara: That said, we did some research about feline hyperesthesia syndrome, and we didn’t see anywhere in peer-reviewed literature a connection between vaccines and hyperesthesia.

Thomas: For those of you who don’t know what feline hyperesthesia syndrome is, Cornell’s Feline Health Center has some great information on the condition. Basically, a cat with FHS will get random “attacks” in which they seem to get terrified of their tail. In a hyperesthesia seizure, the skin over the back ripples, a cat may begin to scratch or bite himself to deal with the discomfort under his skin. It can even lead to self-mutilation of the tail.

Bella: While there are some treatments that work for feline hyperesthesia syndrome, the cause is still unknown.

Thomas: That gets us thinking that maybe what’s going on is not necessarily hyperesthesia.

Bella: The folks at Cornell say there are other diseases and conditions that could cause hyperesthesia-like symptoms. Painful spinal conditions like arthritis, pinched nerves, or slipped discs can cause similar symptoms.

Tara: Mama says she knows from experience that pinched nerves are very painful, but in a weird way–they cause an almost electric tingling sensation in addition to pain. Human doctors call this radiculopathy. Slipped, or herniated, discs can cause these kinds of bizarre symptoms, too.

Thomas: So, the next step we’d recommend is to ask your vet if it might be a good idea to get X-rays of your cat’s spine and tail to see if there’s any visible compression of the nerves in and around the spine.

Bella: We have read on some cat forums that people have reduced feline hyperesthesia syndrome symptoms in their cats by switching their cats’ food from dry to a high-protein, low-carbohydrate canned food diet. Some cats are really sensitive to grains, and that sensitivity can lead to all kinds of odd symptoms.

Tara: This seems to be more the case with cats who have skin conditions in addition to nerve pain symptoms.

Thomas: But it can’t hurt to try changing up your cat’s diet to something with less grain and fewer additives. It’ll be better for your cat’s overall health in the long term.

Bella: If the X-rays or other diagnostic imaging tests like an MRI don’t show any physical cause for your cat’s hyperesthesia symptoms, then it’s time to consider other options.

Tara: If you want to get a holistic vet involved in your cat’s treatment, that would be the next step. You can locate holistic vets in your area by going to the American Holistic Veterinary Medical Association website and using their vet finder.

Thomas: Even if there are no holistic vets in your area, some are willing to do phone consultations once they get your cat’s medical records from your regular vet.

Bella: We’ll just give one word of warning about holistic vets: If the holistic vet starts telling you to abandon all other treatment prescribed by your regular vet in favor of their “protocol,” that’s a sign that you may be looking at a huckster who’s more invested in selling you something than in really treating your cat.

Tara: Most vets will be happy to work with other specialists and holistic practitioners, as long as there’s good communication and mutual respect.

Thomas: We hope you’re able to get your cat feeling better and not trying to escape from his tail anymore, and we hope we’ve been able to provide you with some next steps for figuring out what’s going on with your furry friend.

Bella: What about you other readers? Do you have a cat with feline hyperesthesia syndrome? Were you able to get your cat feeling better, and if so, how? Please share your thoughts in the comments!