Can I Catch Mites From My Cat?

Do cat mites get on humans, like on the scalp and body? If they do what can you do to kill them off? 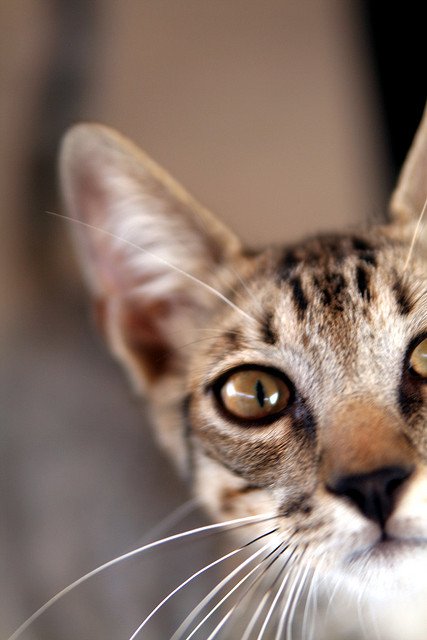 I promise I won’t give you bugs! Photo CC-BY Ilker Ender

Siouxsie: Well, Lana, you’ll be relieved to know that although there are some cat skin infections such as ringworm (which is actually a fungus, not a worm) that are contagious to humans, the mites that live on cats really can’t live long on humans.

Thomas: The same is true of mite transmission from humans to cats.

Bella: But it’s true. You don’t want human cooties, either.

Siouxsie: At least I’m polite enough not to say that!

Thomas: Anyhow, Lana, there are three common types of mites that infect cats. Ear mites are the most common of these.

Siouxsie: While ear mites can easily be transmitted between cats and dogs, they simply can’t live in human ears because your  ears are not a friendly environment for them.

Thomas: Another common mite disease, mange, is also not easily transmitted to humans. On the rare occasion when mange mites get on people, they cause a rash of red bumps, but the mites can’t live on people for long and the infection almost always goes away by itself. It is pretty darn itchy, though, so while it lasts you’re not going to be terribly comfortable!

Bella: Cheyletellia is another relatively common mite found in animals. It produces a condition called “walking dandruff” because the infection causes the skin’s outer layer to flake off and the flakes seem to be moving because of the mites’ activities.

Siouxsie: Cheyletellia mites sometimes do move onto people, but humans are not a good host for them and they can’t complete their life cycle.

Thomas: The best way to kill Cheyletellia mites is to use spot-on flea and tick preventives like Revolution and Interceptor, or by oral or injected doses of ivermectin.

Bella: Both Cheyletellia and mange mites can be treated with medicated shampoos and baths or with lime-sulfur dips.

Thomas: Please don’t self-diagnose ear mites and try home treatment — you could actually make the problem worse! We know a dog who suffered with ear mites for years because her caretakers insisted on trying all kinds of folk remedies. They finally took the dog to the vet and found out that she had bacterial and yeast infections in addition to the mites. If they’d taken the dog to the vet when she first started showing symptoms, she wouldn’t have suffered for so long.

Bella: Of course, if your cat does have mites, you’ll need to wash the heck out of any bedding, sheets, towels, pillows and so on where he spends time in order kill the mites and eggs that may be camping out there. Sanitation is the best defense against further infestation.

Siouxsie: So, Lana, don’t worry too much: even if cat mites do get on you, they won’t live long. Get to your vet, get the right medicine to treat the mites on your kitty, and then clean like a madwoman. Then your house should be clear of infection.

Thomas: And if your cat does go outside, be sure to use a parasite prevention product that kills mites and their eggs, as well as fleas and ticks.

Bella: I’ll just be over here scratching. All this talk of mites and bugs is making me itchy!

Thomas: Have you readers ever had to deal with mites in your cats? Have they gotten on you? What have you found to be the best treatment and prevention? Please share your tips, too. Purrs!