Can Cats Detect Illness In People? 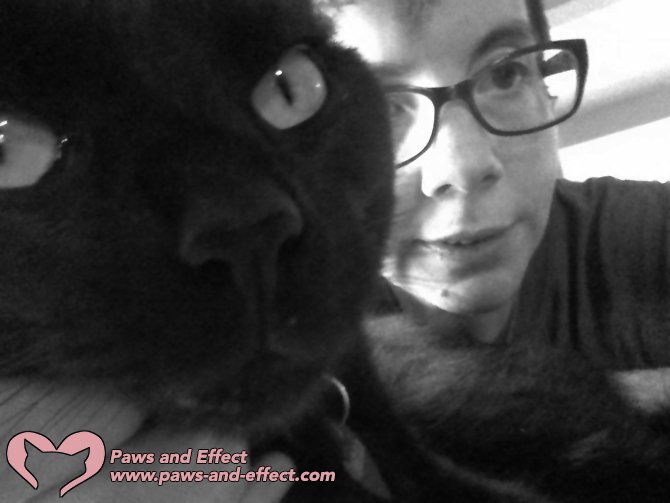 Can cats detect illness in their human companions?

Today I was diagnosed with Bell’s palsy and two of my oldest cats have been a lot closer to me than normal, I just want to know if they can detect that I have this?

Tara: Wow, I’m so excited! You have the same name as me! *purrrrrr*

Thomas: Well, Tara–er, human Tara, not cat Tara–this is a pretty common question, and one that has lots of answers.

Tara: According to scientists, the jury is still out.

Thomas: There’s been a lot of scientific research about dogs and their ability to detect illness in their human companions, but not as much research has been done on cats.

Bella: That said, there has been a lot of anecdotal evidence. Take, for example, the story of a woman whose cat detected her breast cancer and responded to it with a noticeable behavior change.

Tara: And then the writer of a post on Quora said: “I don’t know how they sense it but I know that they can. I had surgery and when I got home one of my cats that had never slept with me before jumped on my bed and stayed there the entire time I was recovering. … I have no doubt whatsoever that he knew what I needed.”

Thomas: We know we’ve detected illness in our Mama more times than not. For example, as we’ve said before, Mama has depression. When she has a serious episode, we stay with her night and day. It’s our job to make sure she doesn’t do anything silly when she’s feeling really down.

Bella: And it’s a job we cherish almost as much as we cherish writing this blog! We’re so happy to be able to help Mama feel better.

Tara: We also help Mama feel better when she has other kinds of sicknesses, too.

Thomas: So, can cats detect illness? We believe we can, and so does Mama because she’s seen it happen.

Tara: Since you’ve been diagnosed with Bell’s palsy, there’s no doubt that your facial expression has changed.

Thomas: Because we have very sensitive noses, scientists think cats detect illness by changes in the smells you humans emit. This is particularly true with conditions like diabetes, when low and high blood sugar changes the way you smell.

Bella: So far, there’s no evidence that cats can detect seizures when they’re about to happen, but we bet if Mama were about to have a seizure, we’d notice!

Tara: Right now, poor Mama is suffering from a bout of vertigo. Thomas and Bella have been busy making sure she only sleeps in one position in order to stave off the spins resulting from the condition.

Thomas: But Mama is a stubborn creature, and she still insists on rolling over. When she gets all dizzy, we tell her “we told you so! Now just stay in one position and you’ll be just fine.”

Tara: Well, of course we do!

Thomas: So, Tara, although scientists haven’t proven that cats can detect illness, there sure as heck is a lot of anecdotal evidence that we can.

Bella: We just hope there’s more research into this field so we cats can get the respect we deserve for our hard work and dedication to our human guardians.

Tara: What about you other readers? Can your cat detect illness? Please share your stories of how your cats’ behavior changed when you got sick. We want to get more stories about this so we can help contribute to that knowledge.